Top 5 Best Anime Series (In Our Opinion): Collab Post between The Nerdy Girl News and My Anime 2 Go!

Recently, I started talking about anime with my new friend YumDeku over on Twitter. He runs the anime blog myanime2go and you should DEFINITELY go check his stuff out. We started talking about anime and decided to do a top 5 best anime series piece. I mean, those are pretty cliche and you’ll find them on almost every anime blog, but we all have different opinion’s and it can be fun to find out what everyone’s is!

Of course, Inuyasha is my favorite one. This was my first real anime and I quickly fell in love with the story and the adorable hanyou(half-demon, half-human). It’s romantic and has tons of action. Not to mention so many funny moments and classic one-liners that you’ll never forget!

Now, Fairy Tail is one of the mainstream animes that you either love or you hate. I loved the artwork and the (many) plotlines. I bawled my eyes out so many times during this show, that I always recommend it as one of the greats.

Not many people know about this one. But I LOVE it. As a kid, I related to it so much. It gave me courage when I felt like the weird anime kid in school and made me not feel so alone. The artwork is a bit odd(especially the eyes), but I still love it and it holds a dear place in my heart.

Another not as well known one that Rai(rai’s anime blog) and I talked about not too long ago. It showed a cross-dressing male and a young otaku with her other otaku friends. The storyline tugged at my heart with it’s simplicity and dedication to it. You can read my review of it here.

Hay everyone and thanks Gloria, am glad you followed me and we started talking.

When I started reading your blog The Nerdy Girl News, I was hooked I enjoy your take on anime. So you can just imagine how excited I was when she suggested a collaboration piece. This is also my first time guest blogging, so am actually a bit nervous.

There are so many amazing anime out there but this top 5 anime are just anime, I think there was just something about them, that makes them just really good.

Where do I start with this one the animation and soundtracks where amazing. And it’s an anime that is actually more than what it looks like, with plenty of layers and depth.

It’s about a boy Rei Kiriyama, we meet him at a point in his life where he’s confused, parents and younger sister die in an accident. Then he moves into a friend of his father’s house, things take a turn for the worse there. So he becomes a professional shogi player.

Now living in an apartment on his own he meets Akari, Hinata, and Momo Kawamoto, a trio of sisters who are coping with past tragedies of their own.

March comes in like a lion is a great coming of age story of overcoming depression and makes me understand myself a bit more.

Also made me try my hands at shogi which am no Rei Kiriyama at.

It’s a unique anime that really felt realistic to me, we watched our characters go from 0 to not a 100 but get a bit better. With each of their interactions and the plot, I noticed this. I really felt like these were characters, I would love to laugh, cry and go on adventures with.

With a great story, character, art and sound, it really is a shame it was only 12 episodes. And am still waiting patiently for a second season, till then I still go back now and then to watch the 12 episodes we have so far.  With its large main cast it was still able to balance between the group and the individuals and that a very hard task to carry out.

It’s about samurai and katana fights do I really have to say more.

It was a mixture of both past and present. It’s a story packed full of fillers and this was what made Samurai Champloo so great, the journey and not necessarily the destination, which was also was great but it just does a lot more than it should have. And normally mixing so many things into a plot could be bad but Samurai Champloo does it so wonderfully. And the travelling companions are like water and oil.

It is a show for everyone. Plenty of great sword-slashing action, clever comedy, and a good share of moments that will tug at your heartstrings — often all at once.

God’s Blessing on this Wonderful World! is very good too. It may look like any other RPG harem but it is so much more than that.

It is not a show trying to teach you any life lessons, it’s just a show full of entertainment, hilarious moment and just light heartiness.

It’s a great shoujo to watch that those not seem rushed especially with just 12 episodes.

The art and sound where amazing, and the characters were all just so lovely, charming and overly weird but in a good way. I really think everyone will see a bit of themselves in one of the characters.

My joy for this anime surprised me because I usually find romance anime not really my thing, but the love in this anime felt really believable and puts a spin and the usual boy meets girl, boy confesses his feelings and they share a kiss. But it was different this time, the comedy and great characters really bring the story to life and makes you love every moment of The Kawai Complex Guide to Manors and Hostel Behavior.

Okay, everyone! That’s a wrap! Have ya’ll seen any of these already or no? Let us know what you think in the comments below!

Spends her time watching anime and reading anything she can get her hands on. Also passionate about Disney, Harry Potter and helping those with depression and anxiety.
Articles: 119
Subscribe
3 Comments
Newest
Oldest
Inline Feedbacks
View all comments 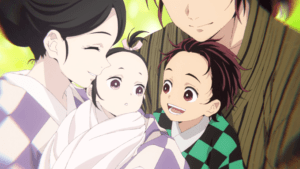 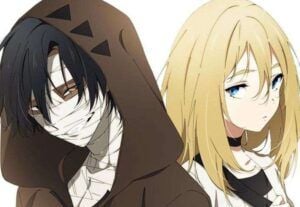 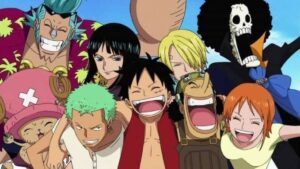