A new fanfiction done by marykayle ! This is just the second chapter. The last 2 will be posted later. Go ahead and enjoy!

Why? Was the only question spinning in Marinette’s mind that evening. Why did Adrien Agreste kissed her the second time immediately after her request? She didn’t know

Because Adrien Agreste was Chat Noir, who loved Ladybug, was not the answer someone could offer her. But adding ‘who accidentally discovered her identity a couple of weeks ago’ would definitely help the case.

An accident was something you could expect. Because if you have a feline partner with an unexplainable love for rooftops and if you’re about to detransform into your civilian self, you should remember not only looking around, but also checking the upper levels.

Being an embodiment of bad luck, Chat Noir was actually surprised that he didn’t fall off that damned roof right on the spot.

It didn’t take so much to get used to the knowledge. After all, it was not hard to believe that his lady and his brave Princess were one the same. However, when he looked at it from Adrien’s point of view… They were nothing alike, judging by the character.

So Adrien decided to keep his secret to himself.

Of course, he was in panic when he heard Nino’s dare. He didn’t want to push himself on Marinette. He was afraid she would never forgive him. When he told Plagg about it, the kwami only chuckled, claiming that Adrien was the most oblivious person in the world.

For goodness sake, he couldn’t figure out what Plagg meant.

The kiss with her was as amazing as he imagined. She tasted something delicious, he couldn’t understand what exactly, she smelled like fresh baked treats, and she was an amazing kisser. She didn’t even protest, though he was afraid she would slap him for the invasion in privacy and hate till the ends of her days.

However, when Marinette blurted out that magical ‘kiss me better’, everything clicked. Adrien didn’t even hesitate before kissing her for the second time that day.

Now he was lying on the couch in his bedroom with the only thought: what’s next?

The next morning was hard for both of them. Neither could bring himself to look at the another.

Angry with himself, of course. He could never be angry with his lady without any reasons behind. It was unfair, he thought, for him to know her identity, and for her not to. It was unfair that while he loved both her sides, she still liked only Adrien.

She needed to know.

No, she would be angry that he didn’t tell her sooner.

But she needed to know.

But she would be angry. Ugh.

That’s it! The thought striked him. He’ll let her figure his identity as if by accident. Than it wouldn’t count. And he had to do it quickly. Adrien thought he couldn’t bear much time with things like that.

Think, he encouraged himself.

The opportunity presented itself during the lunch break. The teacher asked him to help her with a huge pile of books. Unfortunately, the amount of the said books limited his vision pretty much, so no wonder he bumped into the doorway. The books went flying to the floor with the papers on top of the pile. Adrien wasn’t careful enough, and one of the sheets left him a scratch on the cheek. It wasn’t too deep, but the angle was nearly ninety degrees, which made the scratch quite noticeable.

Only when his classmates showed deep concern, and Marinette especially – she examined the injury for a solid minute, helping to reduce its visibility, – he saw it as a dead giveaway of his identity.

When Ladybug joined her partner, the scratch was the first thing that she asked about. He honestly told her it was just his luck to be cut like this by a sheet of paper and watched her face as she slowly made the connection.

He needed to interfere.

“What’s up, my lady? What is so shocking about the cut? It’ll be okay in a couple of days, I purr-omise.”

“But my lady, something is definitely bothering you!” He couldn’t believe she won’t tell him ! But, from the other hand, he didn’t, either.

“Maybe I could help you? Since you’ll be avoiding revealing details?”

Ladybug seemed to doubt. Finally, she gave in.

“Okay, so there’s a boy in my school I really like.” She paused. I hope it’s me, he thought. I hope I was not mistaken. “And yesterday he kissed me. Not because he wanted, it was just a stupid dare.” Oh thank god. Not that I doubted. Nope. “But the thing is, he kissed me once more later. Without any pressing matters. I hope it means he likes me, but I’m confused. Today he didn’t even speak to me…”

“But of course I like you, my lady,” blurted out Chat. “Never doubt that.”

She glanced at him with utter horror on her face.

“How long have you known?”

Only here he realized what he said. But there was no backing up now.

“Umm… Maybe for a couple of weeks?”

“And you never told me…” she whispered, launching herself away.

“My lady, wait!” Chat tried to stop her, but it was in vain.

He sat on the roof. What made her THIS upset, that she won’t even talk everything out, he wondered.

Realization dawned on him like a bucket of ice water.

“My lady… I called her my lady the entire time, and now she thinks I like her only because she is Ladybug…”

“Marinette, I’ll prove you that I like the girl behind the mask on her own.”

Even if it was going to take quite an amount of efforts to reach the girl in denial. He’s a hero, after all, he’ll manage. Hopefully.

Next chapter will be up soon!!!! 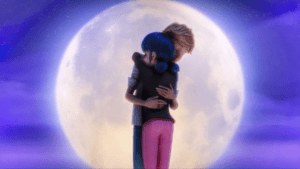 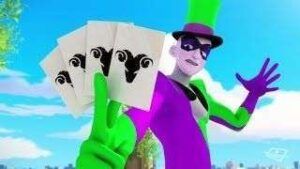 Miraculous Villains: Who Was the Best? 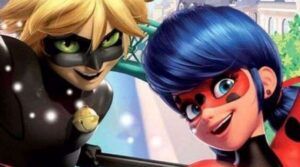 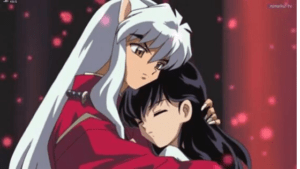